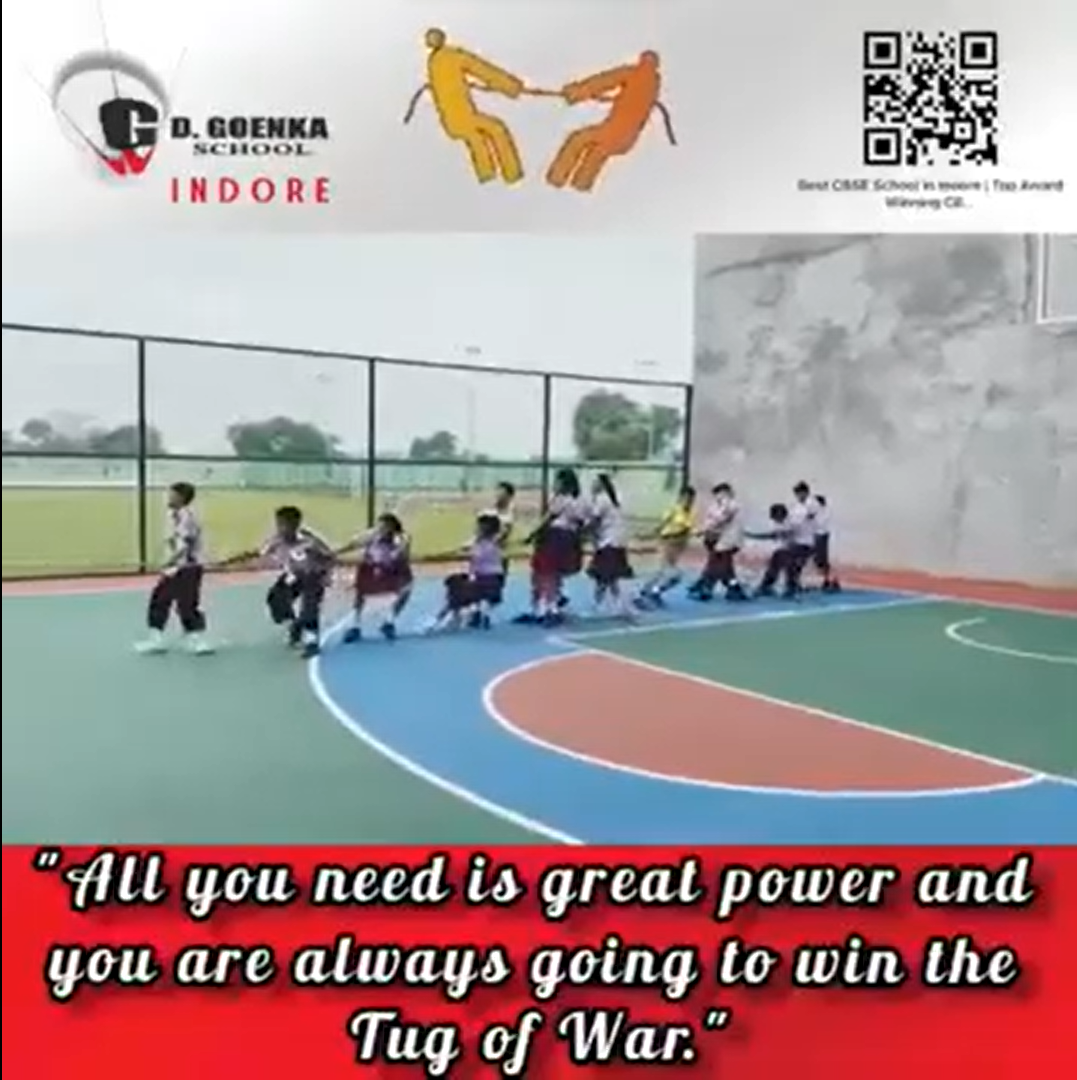 A sport that pits one team against another in a test of strength. Played back in ancient times, tug of war has been in the World Games from 1981 to present day and includes thousands of participants worldwide. It helps to celebrate and encourage teamwork .

Tug of war was organised in GD Goenka school ,Indore on 8th August 2022. The match took place between 5A (Hippopotamus ) and 5B Rhinoceros. Students participated with full enthusiasm .They created their own badges. In this way English subject was integrated with sports and art. Each of the powerful teams strained every muscle ,and worked themselves up into a fine fury. The audience enjoyed the match to the fullest.